A Tale of Two Sisters and a Wolf 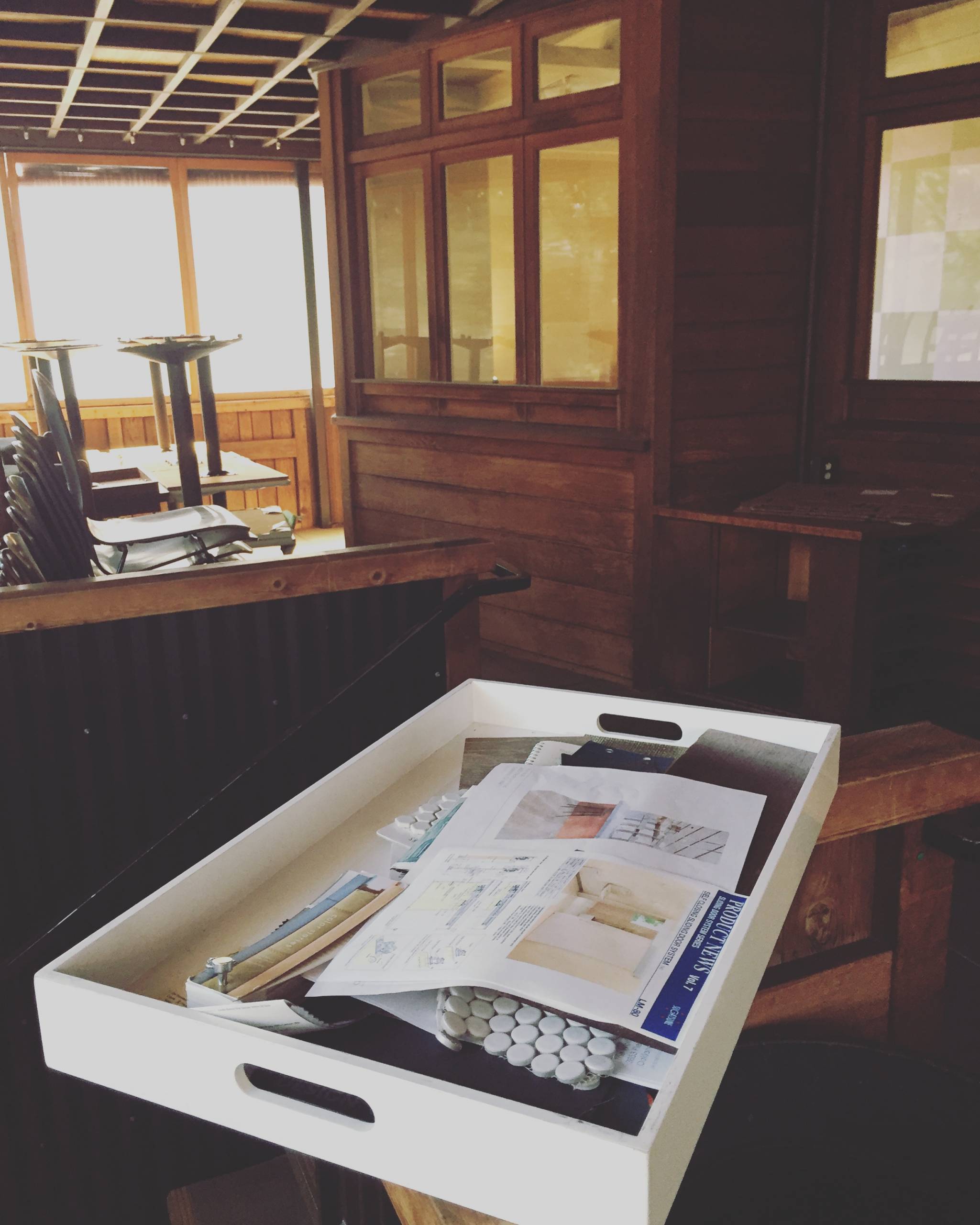 I believe that as you grow up, you go on a journey to discover what matters most to you, and then you show others what you learned. In my case, the lesson was how to come back home to yourself. This is what I do in my interior design work now. I bring people home to themselves by creating the beauty their hearts long for.

And I bring them together over the breaking of bread, at welcoming kitchen islands, in cozy and elegant dining rooms, with inviting seats around capacious tables both indoors and out. I believe in the power of food and beautiful design to bring people together, to create community. So does my sister, Rebekah Wood (who has opened three restaurants with her husband, Rich Wood).

Rebekah and I grew up together, with our four brothers, in a military family that moved around a lot. Creating home, repeatedly, became second nature. Longing for community was something we both were well attuned to.

When I was younger, I used to collect objects of all sorts in a giant Folgers coffee can with a plastic lid. I filled my can with golf balls, plastic baskets from the dishwasher water cleaner filled with jacks, rocks, my Chinese jumprope. I would lay out my haul in front of my sister and tell her, “You may pick two or three of my treasures.”

During our 20s, my sister and I were roommates. We lived together on Howe Street, in an apartment right behind the house that was BayWolf. We never would have dreamed then that we would be working together now on a remodel and reinvention of that site, a fourth Rich-and-Rebekah production, The Wolf. 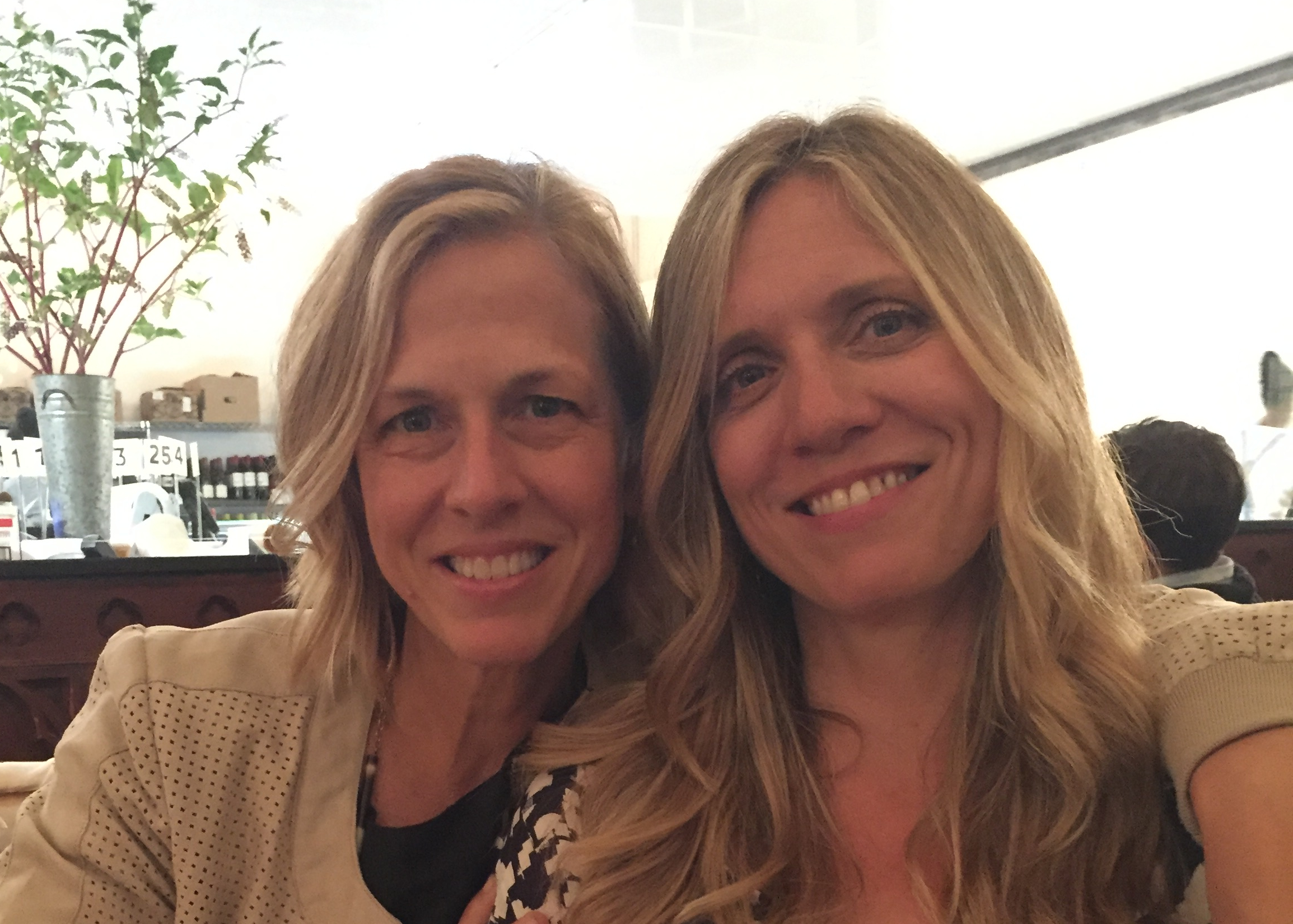 Two sisters, in 2016 at Grand Fare Market (Snapshot by our longtime friend and fellow restaurant industry veteran, Doug Washington, who was General Manager at Vertigo when Rich and I worked there.)

Interior design is a collaborative process with any client, and yet The Wolf is made extra special because of our bond as sisters. She skews more French classic, and I am more edgy modern. And there is a place where we meet, in perfect balance, over the dinner table.

Here is Rebekah’s side of the story, in her words:

“Of course my sister and I collaborate on the design of the restaurants that Rich and I open. She knows me better than anyone!

“The first place we opened was Frascati, a full-service bistro in the Russian Hill neighborhood of San Francisco on the Cable Car line. Laura picked the colors. It was a sweet little space. That was 17 years ago, right after Rich and I got married. At the time, I was still running a business as a wedding and event planner. But it was when we opened Wood Tavern, that I realized we’d found our home. Serving Oakland, this community where we live, we fell in love with the community and they made it so easy by embracing us and what we were offering.

“Wedding planning had come from my desire to create special memories and experiences for people, which translates to the work I do now.

“Rich and I fell in love with each other over our many dates at BayWolf. We have a close friendship with Michael Wild. We held our staff parties there, celebrated our own special events and attended BayWolf’s anniversary parties. 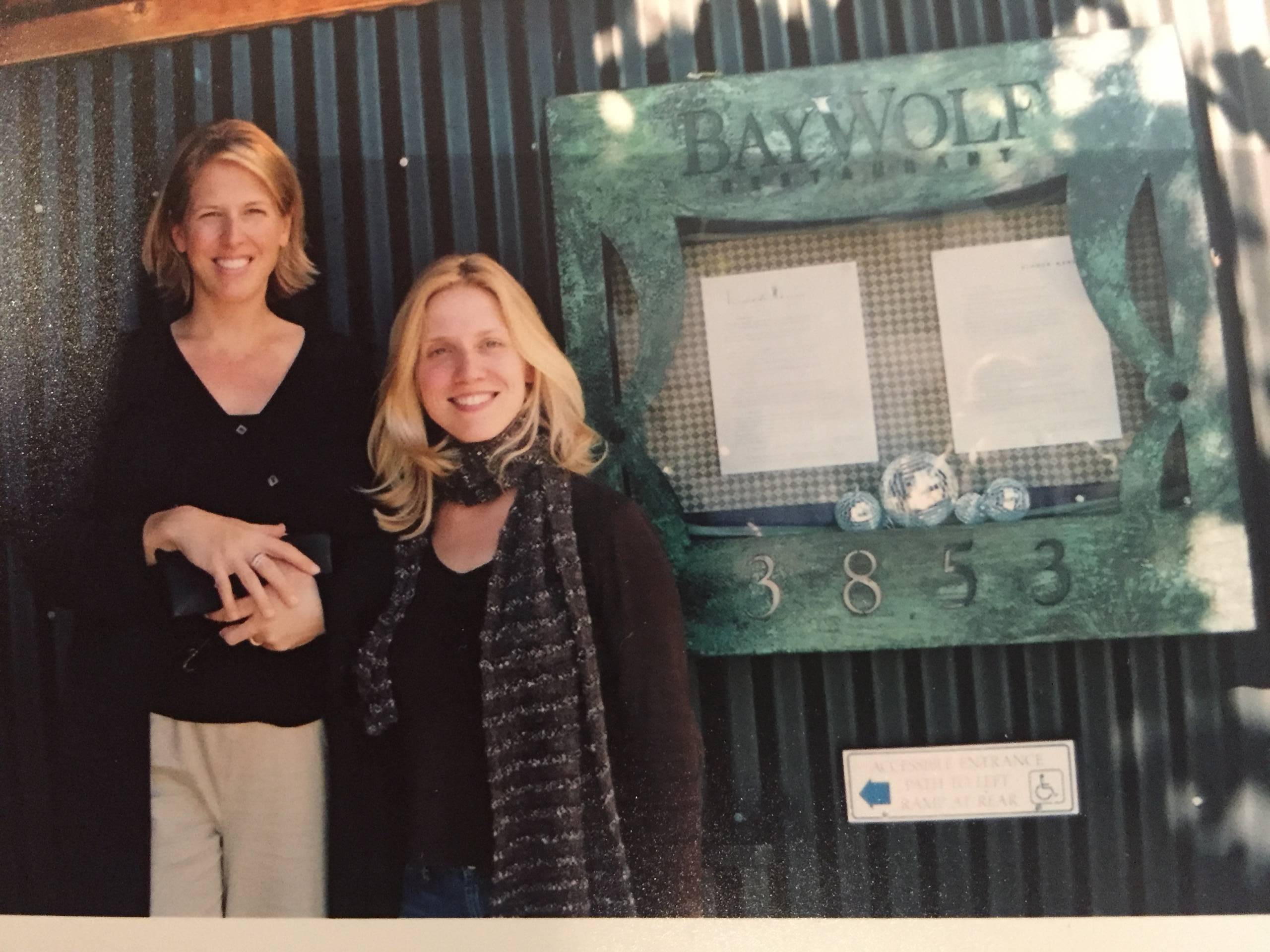 “We have a friend that we have known for several years, who is part of a group of family and friends with whom we celebrate Easter every year. This past spring, she informed me that her aunt was ‘Tante Louise,’ who had lived in the house before it became a restaurant, and cooked all of her large Italian-and-French family’s meals in that very kitchen!

“As we remodel the location, we are consciously keeping a connection to the soul of the home and the history; the coziness; a warm earthy feeling, distinctly European, with a combination of traditional and elevated modern that we hope will feel intriguing and welcoming. We look forward to providing many memorable experiences for many years to come in this venerable space.

“Laura is the interior designer of all of our restaurants. First with Wood Tavern’s opening, then Southie, then the redesign of Wood, and currently with The Wolf. She introduced me to Rich — she was right about that, and look at all that has come to fruition since then!” 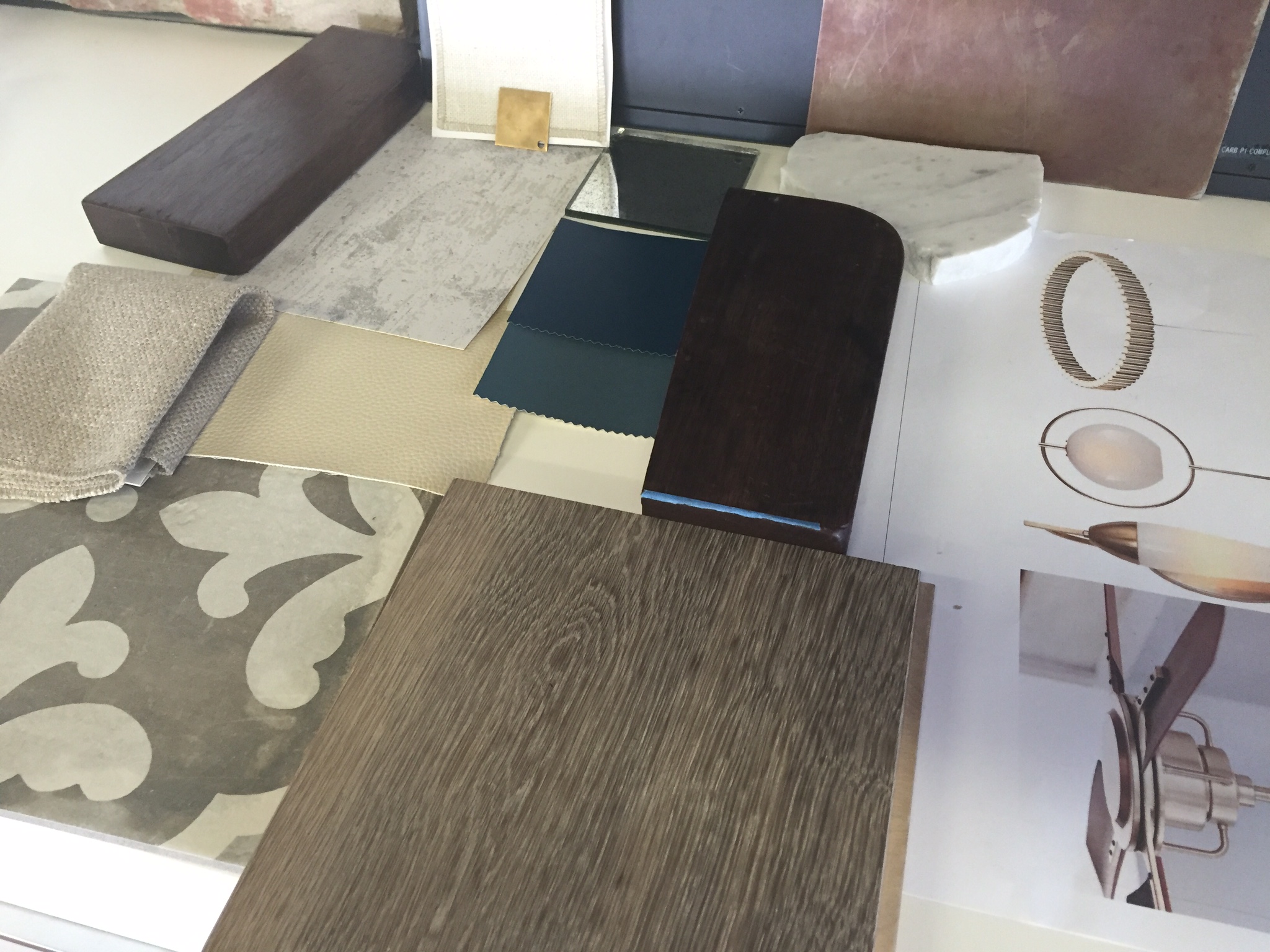 Colors, textures, finishes and lighting under consideration for the design of The Wolf

The Wolf is currently under construction. Projected opening: November 2016.

The Wolf is open! thewolfoakland.com

See a video of the restaurant in action, with interviews with the people who brought the project to life: Welcome to The Wolf