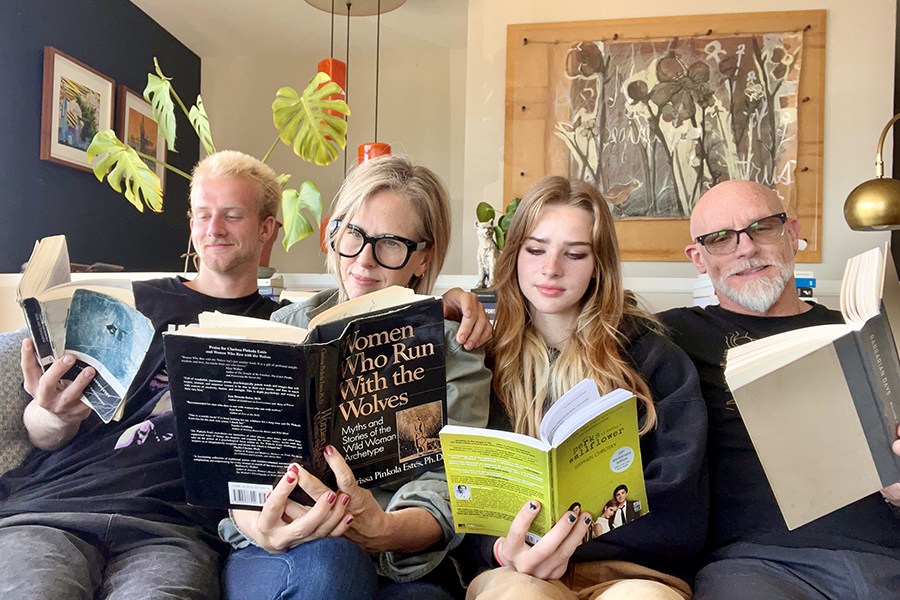 My family, in all our creative individuality.

As a parent, I have to frequently check that I am not labeling our children. I’ve noticed it only serves to make them question their uniqueness. What seemed like a harmless way of acknowledging what is special about them, I realize now can devolve into labels and comparisons that unintentionally make them feel bad about themselves.

Once Scott and I saw the error of our ways, we really tried to put the kibosh on that behavior. Still, we aren’t perfect. Every once in a while, I’ll catch myself comparing them, and have to re-remember not to. I have often said that growing my business has taught me to be a more self-aware, conscious person, and that is even more true when it comes to raising children. Like my business, I don’t think I grew them as much as they grew me. 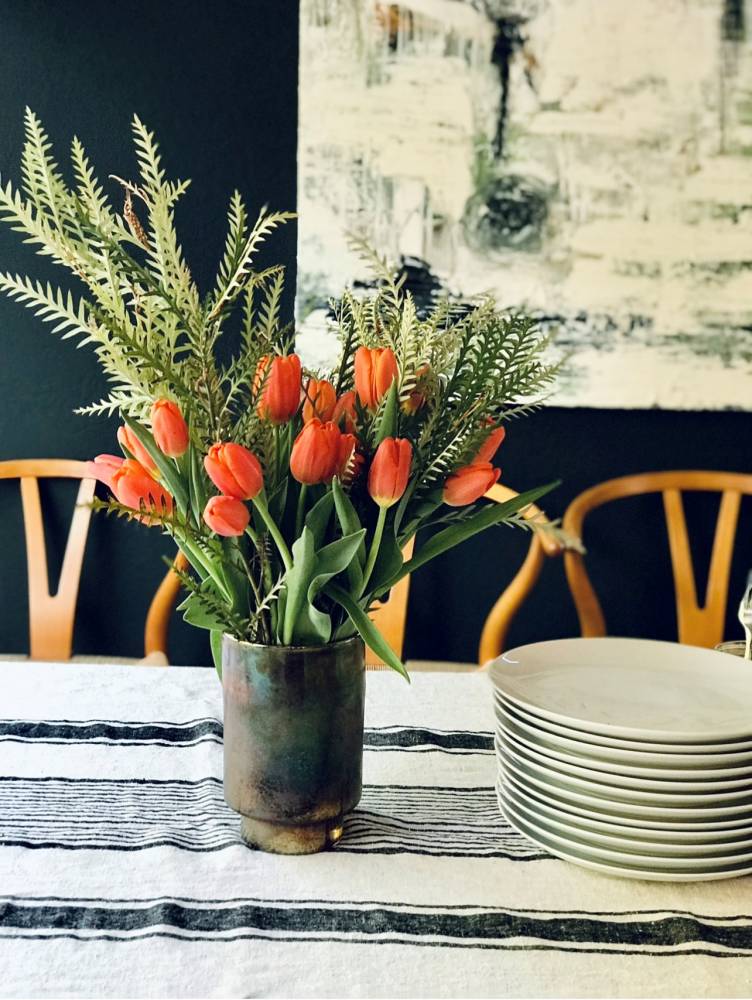 Creating beauty at the dinner table.

I imagine that most of us bear the wounds of being labeled as children either by our parents, our teachers, or other well-meaning elders. One of the labels my own father frequently repeated was that my brother Steve was “the creative one.” It didn’t occur to me to be offended or disagree with that statement at the time. He was my father — the boss, and the holder of all knowledge. It made sense to me at the age of 8 to believe him, so I did. What he meant was that Steve could draw well, which was true. Because he had an interest in it, he drew and drew and got better and better. One could surmise that yes, in fact, Steve was a creative one. But it turns out he wasn’t the creative one. He was simply creative.

Meanwhile, during the era Steve received his honorary title, I was the one making leis, selling lemonade, cooking up a storm in the kitchen, and decorating and redecorating every room in the house. I also loved to tutor my younger siblings so they could get a leg up in school and be well prepared. I adored my English classes and constantly wrote in my journal. I was constantly curious. Being the patriarchal guy that he was, my father characterized my kind of creativity as “women’s work,” which was expected rather than celebrated. Women’s work came second to that of boys and men, and so I did not reap the same status for my efforts as my brother did. 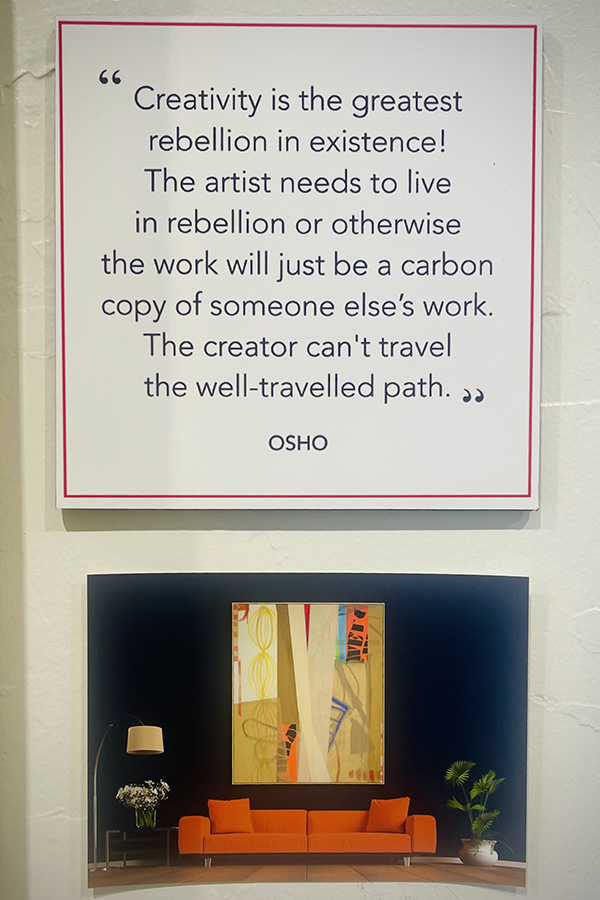 The perfect reminder, on the gallery wall of artist Bibby Gignilliat.

It may seem blatantly obvious to anyone who knows me that I am a creative person. I design, I write, I am an entrepreneur, and I curate life in general. But because of the labels that were placed on me that I accepted hook, line, and sinker, it’s taken me a long time to actually own the fact that I am creative. I used the output of my creative energy to serve others. Now that I’ve shifted my thinking and allowed that truth to be my own, I am enjoying my life infinitely more. 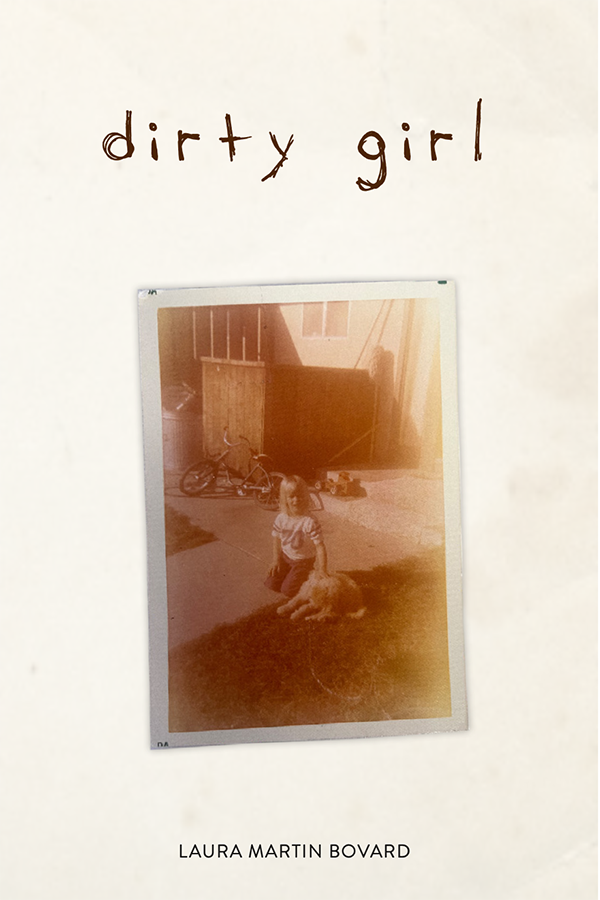 Writing is a creative outlet I cherish, as captured in my recently published chapbook.

I invite anyone who rejects the idea that they are creative to challenge that thought. We are creating our lives in every moment of every day. Creativity isn’t just painting, drawing, or playing the piano. It’s also how we put ourselves together, how we present ourselves to the world. We create every time we choose our words, get dressed, and make a meal. If we slow down and approach these daily practices as an art form instead of rushing through to the finish line, all these things can be considered creative. It’s in the how. So next time, before you utter the words “I’m not creative,” slow down and ask yourself if that’s really true. It’s all in how you define it.