The Perfect Setting for a Philanthropic Fête 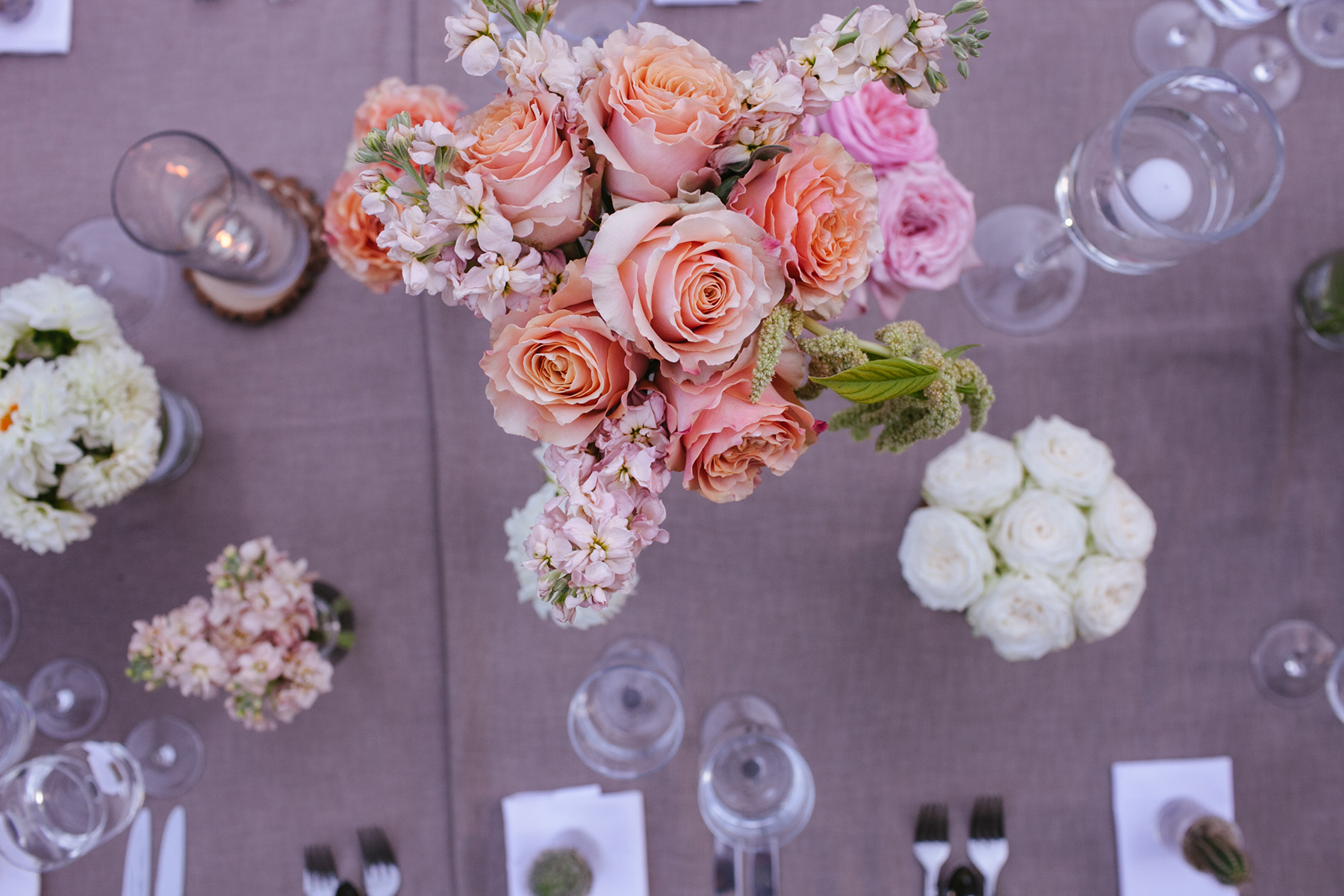 A Benefit for the Humane Society

There are two kinds of people in this world: animal people and non-animal people. If you belong to the first group, you might be the kind of person who drives your spouse crazy as you try to rescue birds or feed wild cats on vacation, perhaps even covertly trapping and releasing bees from the glass prison of your restaurant. If this is you, then we are cut from the same cloth. You’re one of my kind.

I was recently very lucky to have hit the jackpot on talented and influential movers and shakers with hearts that beat for animals. I had reached out to the Humane Society after reading about the travesty of dogs being stolen from their owners and sold as meat in China and other counties in Asia. My first indignant and small-minded reaction was to condemn the whole of China for their participation in this cruel practice. 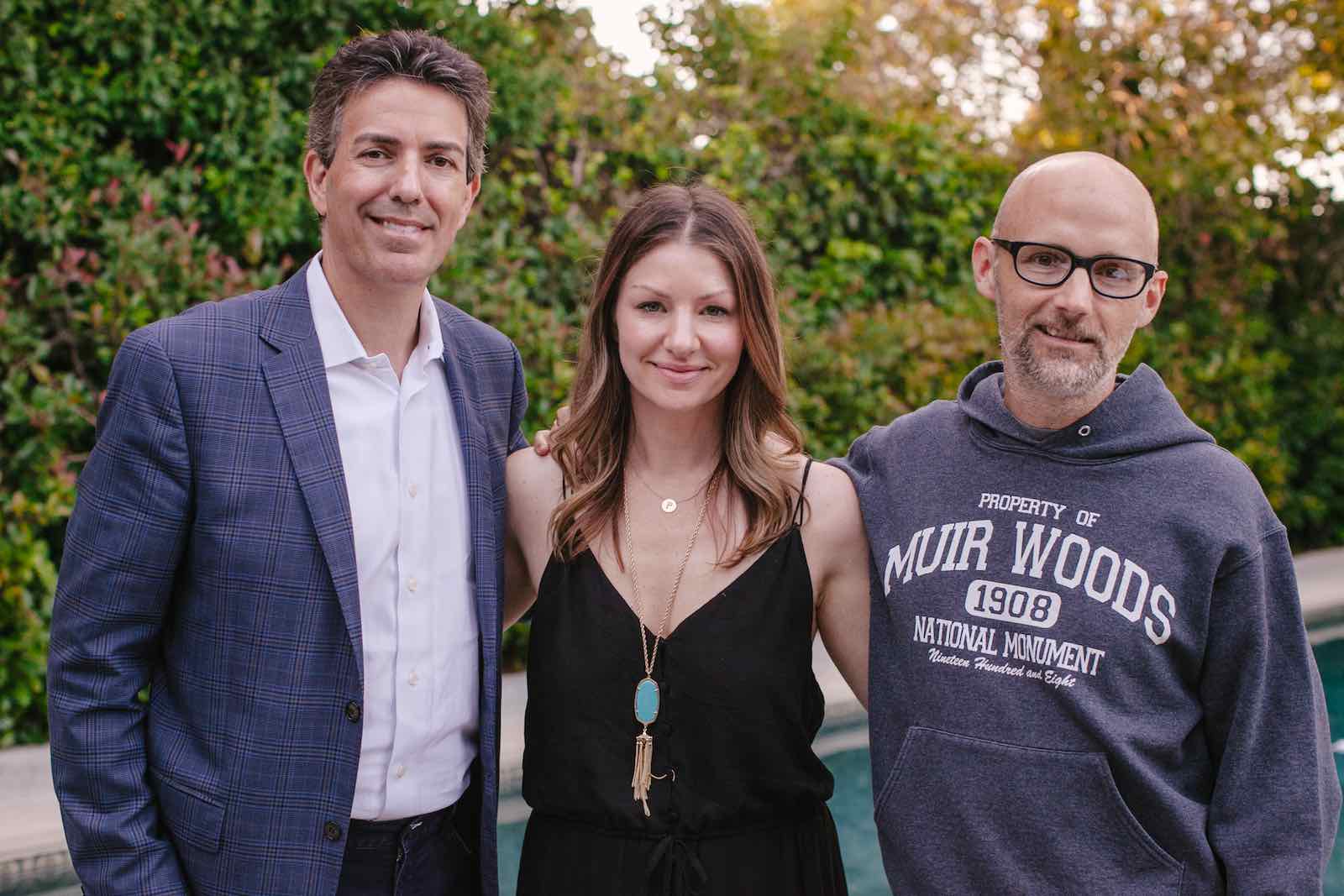 Humane Society CEO Wayne Pacelle and Moby lending their status to my event.

I was contacted by Director of Philanthropy, Tracey Thurston, and soon met Humane Society International’s China specialist, Dr. Peter Li, a calm and charismatic China native who shed some light on the complexity of the situation there. I had so many questions. Were people eating dogs because there was no other food to be had in China? Was it dogs or starvation? Is my reaction merely an American pushing her Western Agenda on a foreign country that wanted no part in it?

His answer: “No,” and “Not really.” Animal activists in China had been using social media to stop truckloads of dogs on the highway, using their own cars as a barricade, forcing them to show documentation for each dog they carried with them, which they were seldom were able to produce. He told me that this is a dying practice and that HSI was pushing it into extinction. After this initial meeting my purpose became clear. I would bring a Humane Society gala to San Francisco and I would help Dr. Li in his pursuit to end the dog meat trade.

Just before meeting Dr Li, I had hired LMB to transform my cavernous house in Hillsborough from a sparsely decorated Pottery Barn catalog, to a warm, fully-decorated, more accurate reflection of ourselves. After spending three years in the house with beige and white furniture that didn’t say anything about me other than “There was a sale in 2012 so, here we are.” I was tired of not seeing myself in my house. 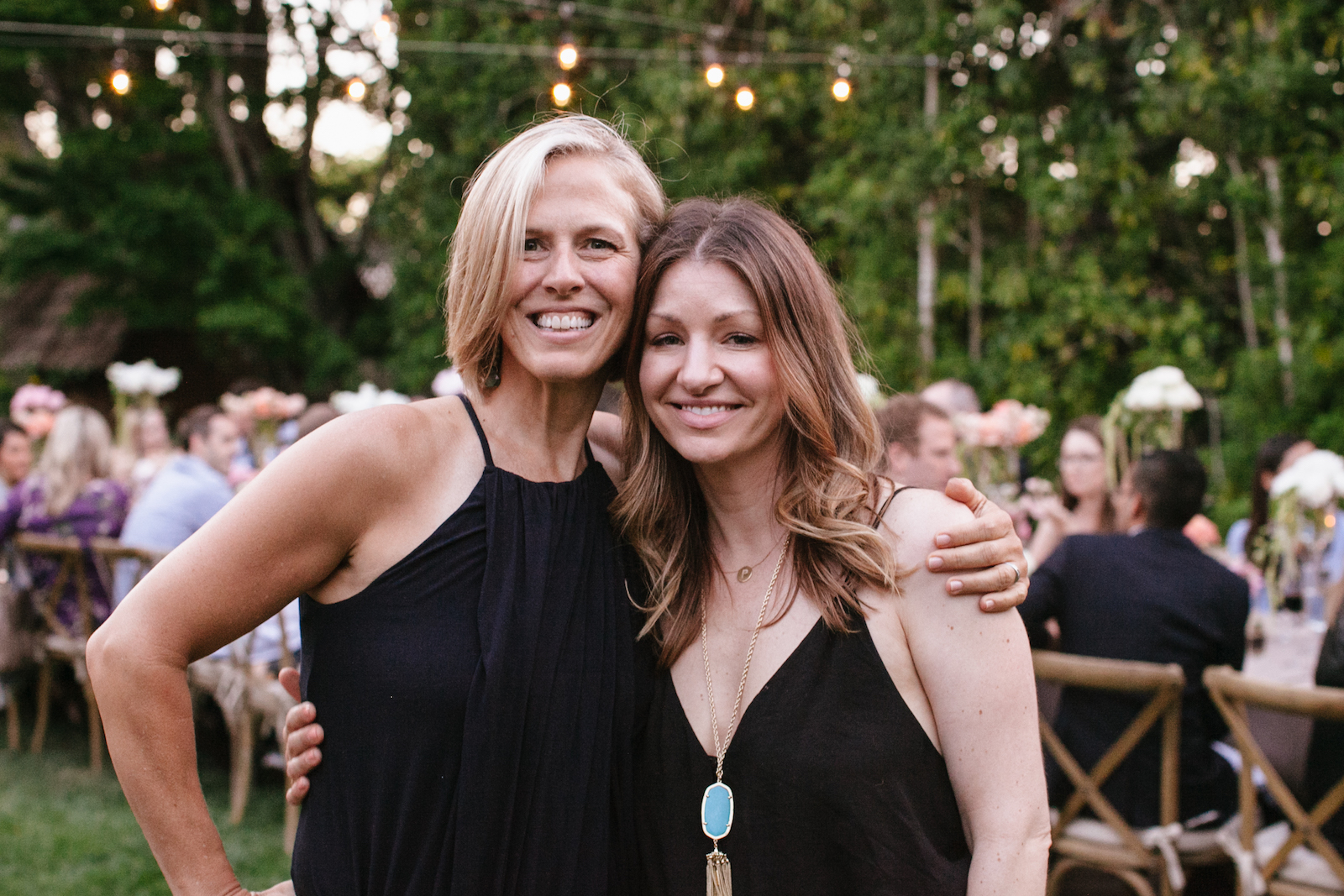 Laura calls herself a heart-centric designer. This is both accurate and an understatement, because her gift in life is helping people find their truest selves and greatest purpose. She could moonlight as a life coach if she had the time. After spending a few months working with her, I started to understand that her quest of making homes beautiful was more than balancing colors and patterns and textures. She was getting to know us, digging up our passions, nature, lifestyle, and figuring out how to make our home sing that back to us. In her version, she saw more beauty and youthful energy than I believed I was worthy of. What first seemed like rather shallow, and selfish pursuit was now almost noble in a way. “Our home is our shelter and it is sacred. When we invest in our sacred shelter, we’re investing in our family and in ourselves,” she would tell me. 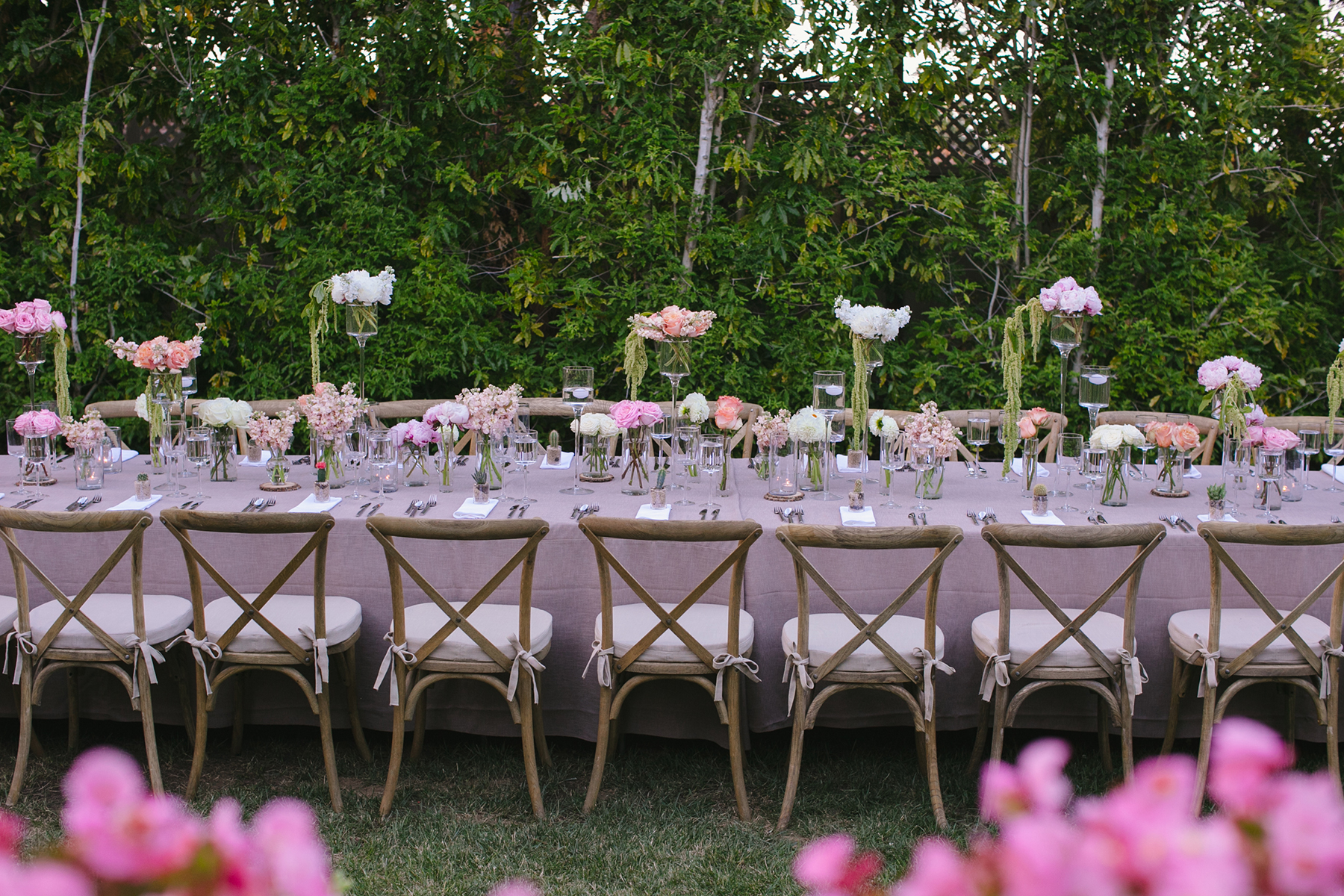 A spacious backyard transformed into an intimate, al fresco dining room for an elegant vegan meal.

I spoke to Laura about the prospect of an outdoor summer dinner, celebrating the Humane Society’s work, and gathering together supporters in the area. I wanted to bring influential animal-people together for a night and feed them the best vegan menu I could muster while projecting the film “Babe” on a big screen. The president and CEO, Wayne Pacelle would be speaking at Google two days before and was slated to be our guest of honor. I hoped creating an event where he could meet supporters in this area would help us to develop our community of animal activists, especially leading up to a 2016 gala (not to mention a tremendous personal honor for me to have this champion for animals in my home.)

On top of which, I met musician Moby at the 2015 LA gala so with shaking fingers typing out an email, I invited him as well, (believing there was absolutely no way he would come). To my absolute shock and delight, he would already be in Bay Area that weekend and was happy to come. For an event this important I needed some serious big guns. Laura and fellow LMBI designer Neha Kurani and I had already been designing my house together as a team, how different could an event be? We put our heads together. 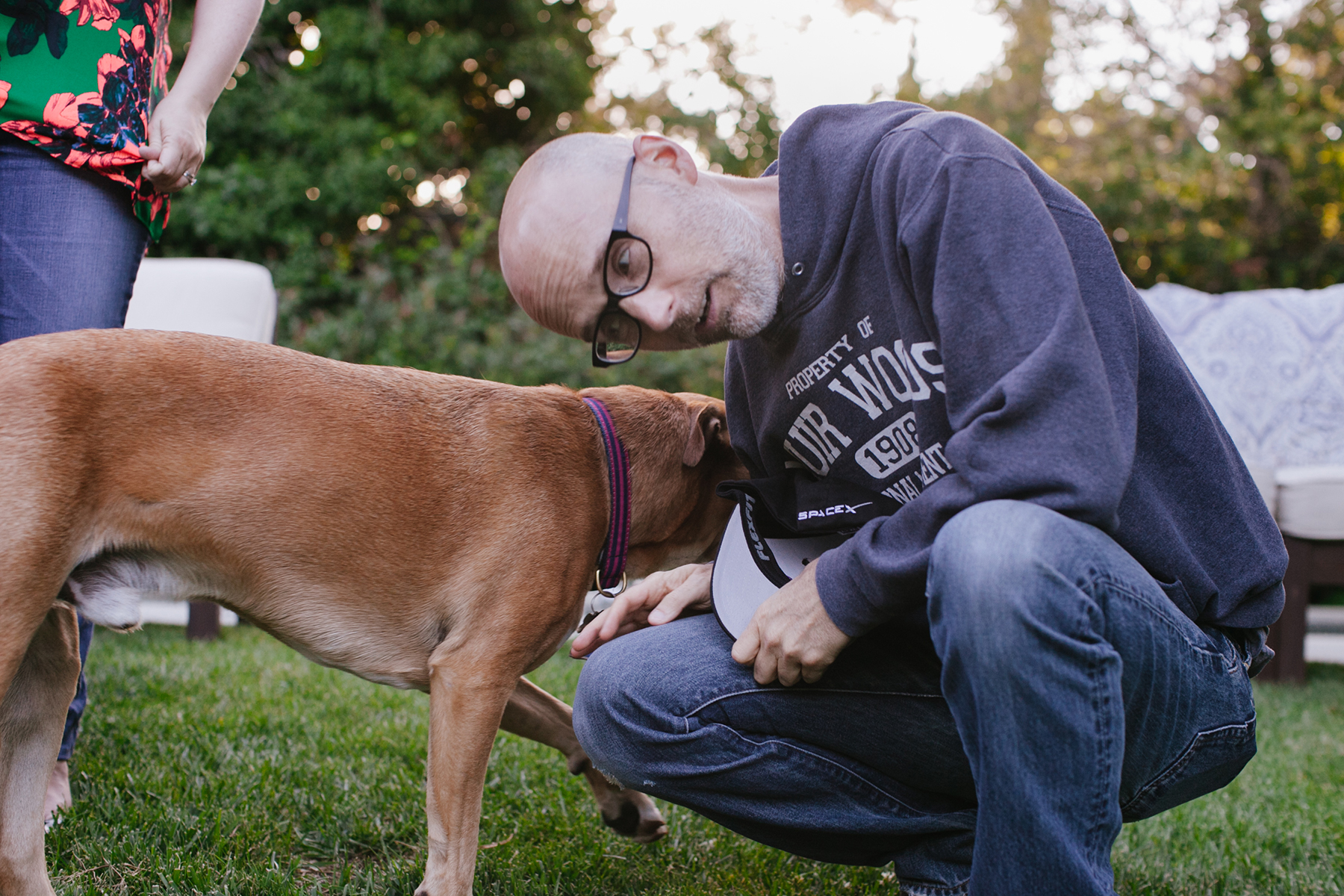 Since we were in the middle of decorating, we had some empty rooms that guests would be walking past, which was worrisome. LMB and Neha came to the rescue and with less than 24 hours and the help of some generous vendors, they created a temporary living room with staged furniture that looked about as flawless as a room could be. It was gorgeous! We visualized the look and feel of the backyard and decided hanging lights was essential in making the outdoor space feel special. Laura’s exceptionally handy husband spent over 12 hours engineering a secure lighting system that would be semi-permanent and last after the summer. We talked about floral schemes and table arrangements. All the tiniest details were covered and my house was soon transformed into a spotless dreamy welcoming space. 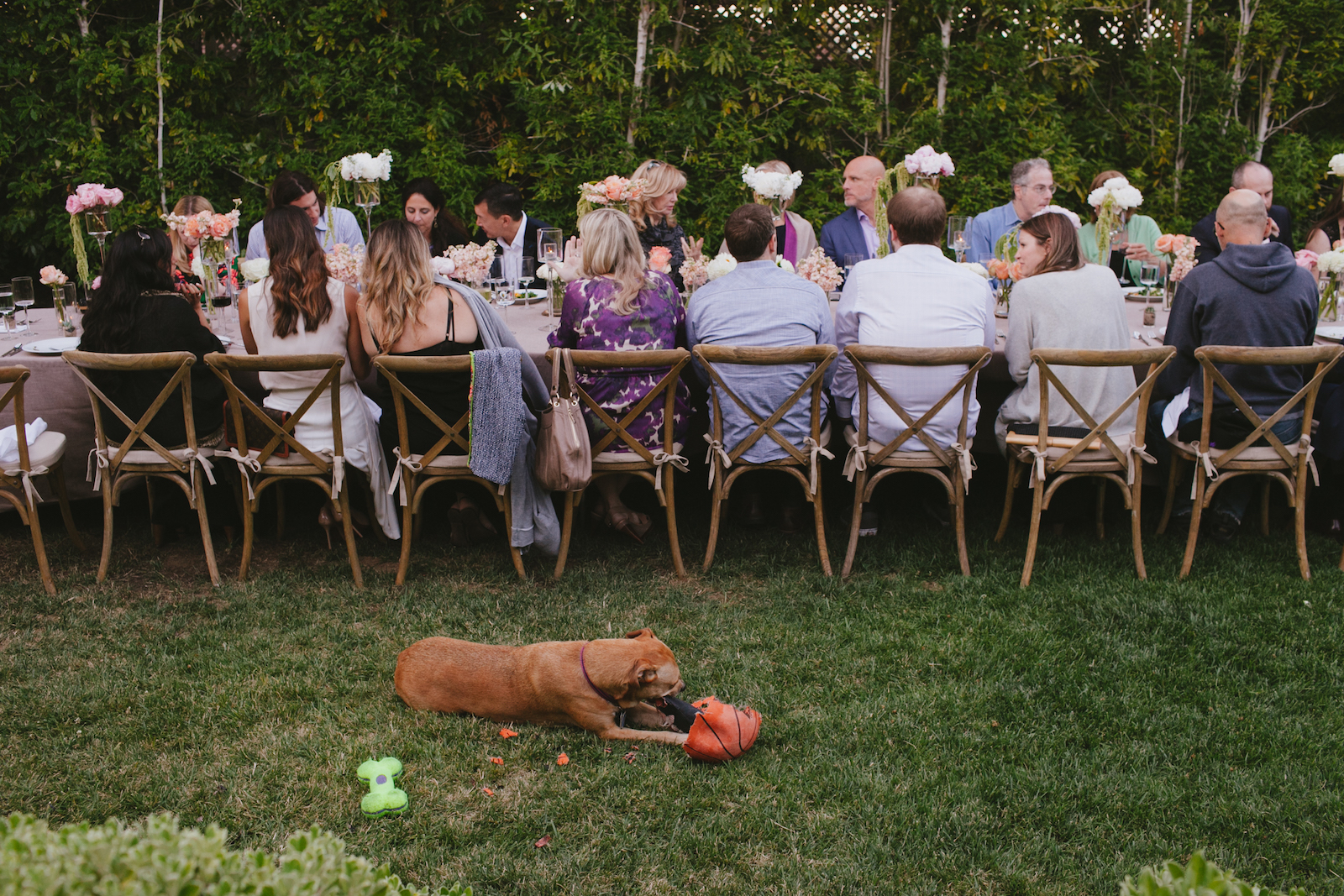 38 guests poured in from all over the Bay Area. We had guests from Bon Appetit, the SF Zoo, the Clinton Global Initiative, a professor at Stanford, HSUS staff, and former Facebook colleagues of mine: most of us meeting each other for the first time, swaying in our seats to an acoustic rendition of “Harvest Moon” and eating the most delicious menu of fruits, grains and vegetables ever assembled. We had set the stage and the guests brought the magic. Together with a collective goal of improving the lives of animals, fighting not just for animal rights but also human responsibility, we found a kinship. I heard Laura’s advice to me from months back ringing in my ears “It’s only when we tap into our desire to serve that we fulfill ourselves. By giving, we are the recipients of life’s greatest joys.” 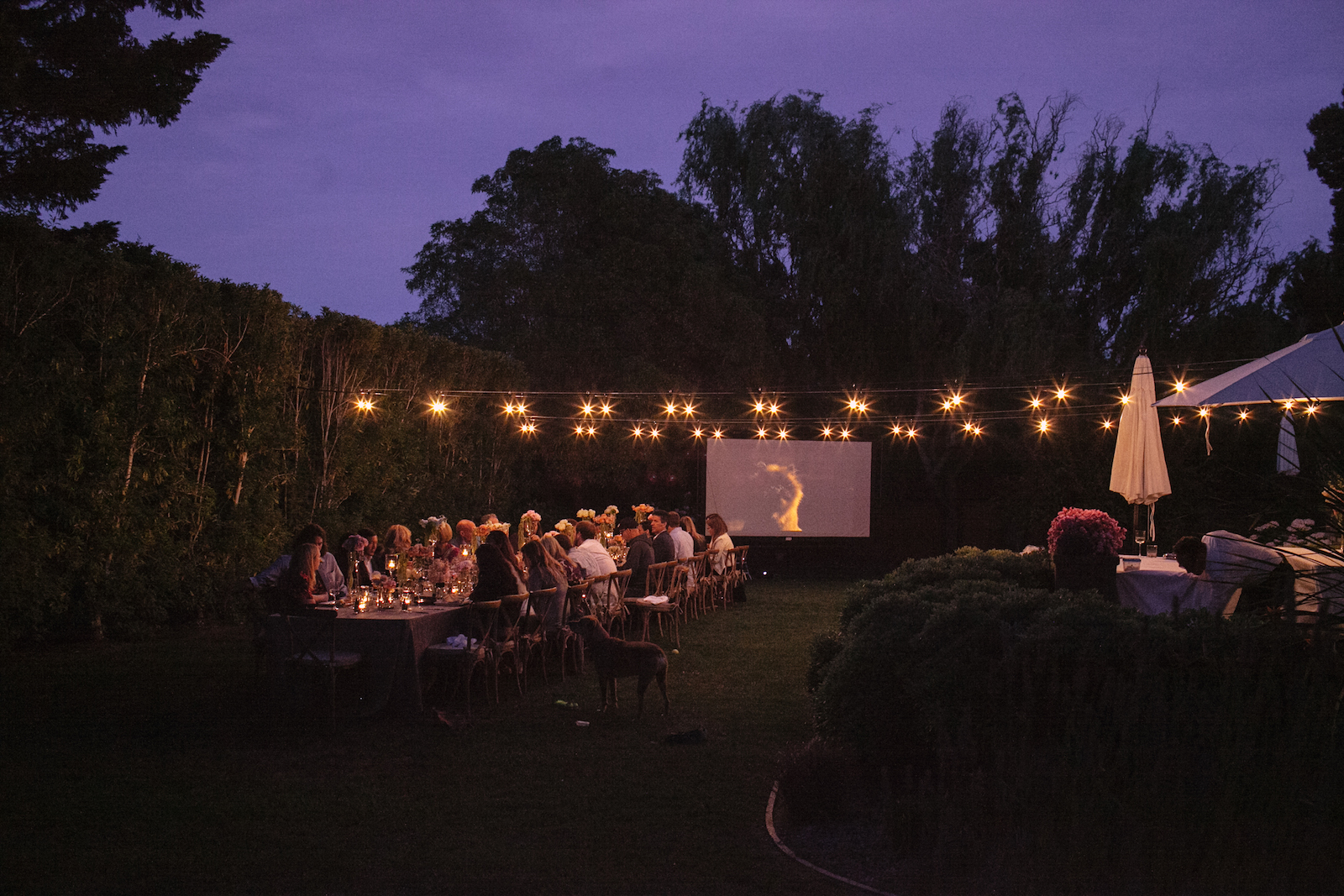 We were rewarded with warm hugs from guests who were previously strangers to us but are now part of the tribe. It’s been over a month since the night of the event and I’m still kind of marveling at its seamless success. I’m not sure what forces of nature brought LMB and I together, call it “kismet” or destiny, but with this deeply gratifying event under our belts, our ability to manifest beauty and greatness now feels limitless. We made magic happen once and we’ll do it again. This is just the beginning.